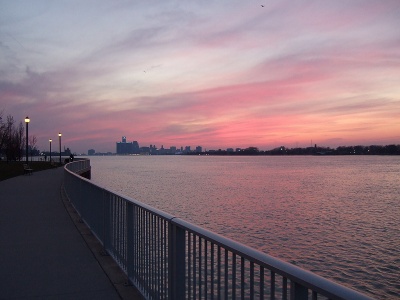 Sunset over the Detroit River. Photo by themactep on Flickr

Looking to get more involved in water-related activities and conservation efforts in Detroit? The following organizations can help get you started.

Detroit Future City, the Detroit Works Project's strategic framework plan released in January 2013, defines blue infrastructure as "water-based landscapes like retention ponds and lakes that capture and clean stormwater, reducing the quantity and improving the quality of water that enters the combined stormwater/sewage system." Below are a few examples of blue infrastructure in Detroit. Know of more? Let us know and we'll be glad to add them.

Use Less Water at Home