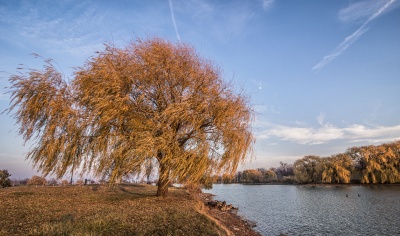 Developing a meaningful relationship with nature is entirely possible in Detroit. Below is a partial list of places Detroiters can go to experience the restorative rhythms and cycles of the natural world without having to leave the city limits. Did we forget your favorite spot? Email us at greengaragedetroit@gmail.com and we'll be happy to add it.

Detroit's pre-settlement landscape (as described in this 1702 letter from Antoine de la Mothe Cadillac to Louis XIV) is largely lost, but traces of it remain somewhat intact. Below is a list of the seven largest "virgin forest" sites in the city, as determined by local landscape architect and historic tree preservationist Jim Meyers. Each site includes a patch of land at least the size of one city block containing remnants of the pre-settlement oak/beech savanna landscape. In order of size from largest to smallest, they are:

Please note that not all these parks are officially maintained by the City of Detroit, and in recent years, some of them have become more known for criminal activity than natural beauty. You should use caution and your best judgment when visiting. For more specific information about any of the sites, contact Jim Meyers at jimmeyers3.14@gmail.com.

A significant component of the extensive waterway connecting the Great Lakes to the Atlantic Ocean, the 32 mile Detroit River has coursed for more than 10,000 years from Lake St. Clair to Lake Erie. Today, portions of the river in the city of Detroit are easily accessible via the Riverwalk, as well as Hart Plaza and the following parks, listed west to east:

Detroit's largest park includes nearly 7 miles of Detroit River shoreline and 200 acres of deciduous forest. Nearly 40% of its 982 acres are natural spaces, including the forest and a native prairie. Abundant with wildlife and located along two major migratory flyways, the island is an especially rich destination for birdwatchers. (Over 200 species have been documented, including owls, woodpeckers, geese, swans, and blue herons.)

For more information about Elmwood's history and landscape, click here.

You can read Olmstead's original report about Elmwood here.