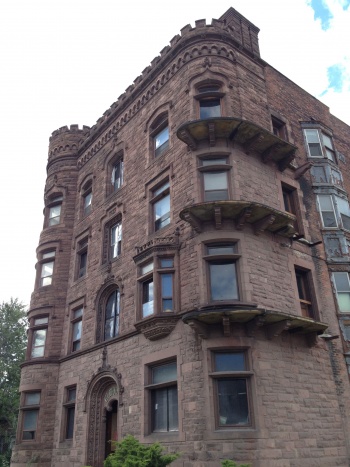 About the El Moore

The El Moore is an apartment building located at 624 Alexandrine in the Midtown section of Detroit. Designed by Almon C. Varney, it was built in 1898 and was most recently purchased by Tom and Peggy Brennan. It is currently undergoing renovation and will open by 2016 as the El Moore Lodge, a combination apartment rental and nightly rental building.

Changes in the Neighborhood 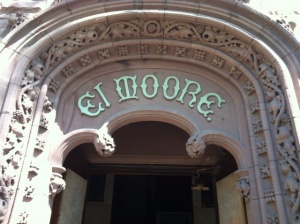 Constructed in 1898 by Almon C. Varney, architect, of A.C. Varney & Company, the El Moore is a uniquely attractive example of Spanish Medieval or Late Gothic Revival architecture and is notable for its sandstonestone façade (one of the few examples of brownstone architecture that exists in the city) with pointed-arched windows and a large turret on one corner. 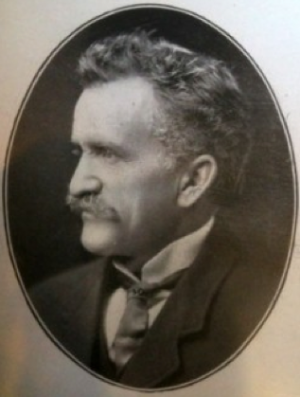 Other buildings designed by A.C.Varney:

The Oriental Hotel on Library Street, demolished sometime in the 1950's.

The Madison-Lenox Hotel on Madison Street was located about one block from the Detroit Opera House. It was demolished in 2005.

A brief biography of A.C. Varney in History of Michigan, by Charles Moore (1915).

City of Detroit 1701-1922, Lemuel Foster Lemuel Foster, at one time a resident of the El Moore, was an early settler of Ann Arbor and his family donated some of the land that became the University of Michigan.

Images From the Neighborhood:

Sanborn Maps - Details about the El Moore and her neighbors 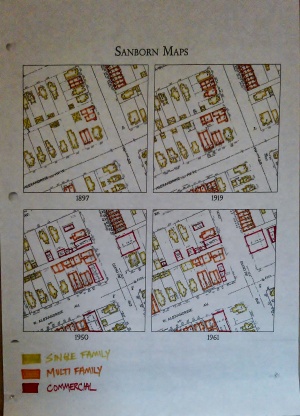 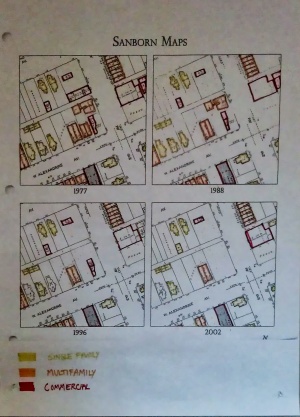 The Polk Directory lists all addresses in the city and the names of the residents. It's interesting to see who lived in the El Moore, and how, when it was built in 1898, it consisted of 8 separate flats. At some point around 1917 or 1918, the flats were subdivided into individual rooms allowing for a much larger number of residents in the building. Essentially, the El Moore went from being a middle class residence (flats with maid's quarters) to a working class residence in which people would rent a single room and share bath and kitchen facilities.